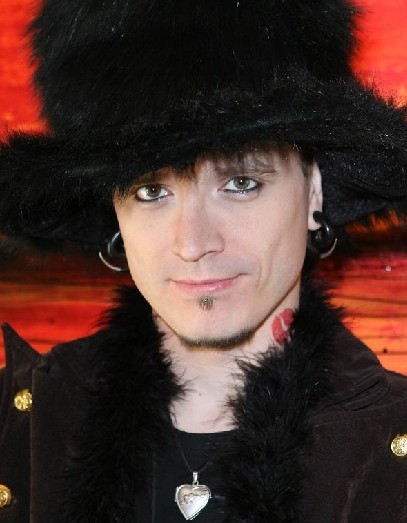 Erik James Horovat-Markovic, alias Mystery, born September 24th 1971, is one of the most influential people in the sub-culture of the pickup artists or the “seduction community”. He is one of the pickup artists who were featured in Neil Strauss’s bestseller “The Game”. Today, he is famous for his reality TV show on VH1 called “The Pickup Artist” and continues to provide his services to his clients through his own company – “Venusian Arts”.

Starting his appearance in the underground seduction culture in 1990s, he was the first pickup artist offering live on-the-spot training. In 1997 Mystery replies to someone else’s post on a seduction community Internet forum, so this is the first time he actually appears on the PUA scene. As he would admit, he was a “late bloomer” himself, spending his time playing Dungeons and Dragons until his twenties, having absolutely no success with women. An interesting fact from his early age is his great interest in magic (even David Copperfield was his idol). He was performing magic tricks at children’s birthday parties, working full-time as a magician. But driven by the desire to give and receive love, he spent over ten years experimenting with different people and situations in the nightclubs (sometimes, as he would say, seven nights a week).

After countless rejections and errors during the learning process, he finally managed to put all of the results and theories in his “Venusian Arts Handbook”, which later became his bestselling book named “The Mystery Method: How To Get Beautiful Women Into Bed”. Some of his other products include: “The Mystery’s Method: Mystery’s Video Archive (5 Volumes), “Venusian Arts Bootcamp”, “Annihilation Method”, “Magnum Opus: The Mind of Mystery”, Beyond The Game”, “Revelation”, “Complete Sexual Mastery”, Exotic Dancers and Hired Guns”, The Pickup Artist: The New and Improved Art of Seduction” and many more.

By close observation of people and their social interactions or their behavior during the beginning of their relationships, combined with some of the theories from the evolutionary psychology, he succeeded in finding applicable theories of his own and translating those theories into methods and techniques, adding different analytic aspects in the field of seduction. He is directly responsible for coining some unique terms and concepts (taken from the evolutionary psychology) vastly used among the seduction community (also often used by his former student, Neil Strauss). Some of those concepts include: peacocking (where a conversation opener is a piece of eccentric wardrobe or an interesting detail), neg (throwing a compliment intended for ignoring the ‘target’ and leaving space for proving herself worthy enough, or qualify, another of his theories), the 3-second rule (where you must approach a girl in only 3 seconds after seeing her or the anxiety will build-up) and set (actual group of few – male and female – people which must be befriended by you in order to woo your selected target).

Aside from the coined terms and concepts, Mystery is practicing professional advice’s composed of step-by-step programs on maintaining of one’s emotional balance adjusted for every individual, and working on the skills and mind unity. Later, he uses these results to prepare and properly train men to approach and seduce the women of their dreams. In 2007, Mystery was a guest on the TV show “Late Night with Conan O’Brien”. Also, he received many awards. He found himself ranked among the “Top 10 Pickup Artists of The Year”, even making to number one in 2007. He won the award of “Best PUA In The World”. He has notable appearances in the People Magazine, The Star Magazine, on the CNN and countless more.