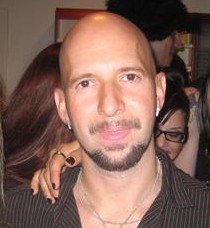 Neil Darrow Strauss, also known as Chris Powles and Style, is a pickup artist and published author, popular for his bestseller “The Game”. He is also regularly writing for The New York Times, and writes cover stories for celebrities at The Rolling Stone Magazine. He even won the ASCAP Deems Taylor Award for his story on Kurt Cobain’s suicide (Rolling Stone), and for his personal profile on Eric Clapton (The New York Times).

Today, Neil Strauss lives in Los Angeles, and as he would say, he would like to have a pair of every animal. His seduction techniques are quite unconventional. According to an article in “Man’s Health” about Neil Strauss, his most common conversation starting technique named peacocking literary means “wear your opener, so someone else can open you” (in one case, this ‘opener’ included wowing Madonna with a pair of golden boots). This technique is intended to open man up for new experience through encouragement to stand out of the crowd, and not trying to blend in just because it is safer. Women like men who are more distinctive, feel comfortable about who they are and at the end, more self-confident. The easiest way to accomplish such attention grasping is adding few maybe eccentric pieces of clothes in your wardrobe. But, you have to blend in a certain attitude in wearing everything, find a body language that shines with self-confidence and self-comfort.

Some of his other unique techniques, according to the article in “Ask Men”, include “opening the group, and not just the target”, meaning that if you find yourself in a group of men, surrounding your target, focus all of your attention to the men, and ignore your target. ‘Neg’ your target, or give her subtle compliments in front of the group. Proceed by “conveying personality to the whole group” or simply focus your stories and conversations towards less attractive women and men, during which time the target will notice you closely. Direct a simple question to the whole group like “how do you all know each other” and find out if your target is with somebody. In case your target is available, start a conversation and after a while, “ask for permission from the whole group” to steal their friend for a while. If all goes well, you will find yourself having a drink alone with this lady. You may proceed by gently holding her hand and ask her about her best qualities.

In 2007 he founded his company named “Stylelife Academy”, where most of the dating coaching is done by other employed expert coaches, while Strauss makes certain appearances on annual conferences. The Academy offers special self-improvement programs designed to help each man understand his inner potential and meet and attract the woman he wanted for so long.