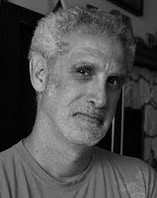 Ross Jeffries is the founder, creator and Master Teacher of Speed Seduction. He has featured as a mentor to Neil Strauss best selling book, “The Game”. He has also taught, coached, and mentored thousands of men about dating around the world. He guides men how to have success with women they truly desire and deserve.

He is considered a pioneer in the dating industry. He started a career in this field by writing and teaching dating advice in the 1990s. Ross Jeffries inspired many other dating coaches to join the field partly because of his efforts. His real name is Paul Jeffrey Ross, born in September 20, 1958 in the United States. Before going into dating coach, he was a comedy writer who discovered NLP (Neuro Linguistic Programming) and Ericksonian Hypnosis in the 80’s and early 90’s. He uses this as a basis for his techniques in providing dating advice to men.

Ross Jeffries works include “Speed Seduction”, which is a set of personal development writings and seminars that draw on Neuro-linguistic programming and hypnotic techniques. He says these techniques teach men understand women more so their motivations and psychology should enable them to date women successfully. The current version of Ross’s “Speed Seduction”, focuses on the techniques of moving “energy” through the body practice of magick.

Jeffries build the seduction community through his contributions in online posts, and he was the first in the dating industry to create a website and usenet newsgroup. Has also published books, CD’s and conducted seminars on dating and self-empowerment for men. He advises men to use language to arouse women’s emotional state. Ross says this puts women in a connected or sexual state. Similar to what women experience when they read romance novels.

Ross teaches men to use positive words and phrases, which creates positive states that a woman can associate herself with and thus avoid negative emotions. The man can remind a woman of these emotional states by his appearance or touch. Let us look at NLP, the origin of Ross’s seduction ideas. NLP is the study of subjective experience. It focuses on attitude and mindset that leaves behind it a trail of techniques. NLP started as a form of therapy and positive techniques. It is today used in many areas of self-help to help practitioners and clients live more effective and fulfilling lives. “Speed Seduction” borrows ideas from NLP techniques to help a man have the right words and phrases that gives a woman positive state of mind.

The beginner versions of “Speed Seduction” focused on empowerment beliefs about women; that they should enjoy sex, which should not be supplicated to them. It also focused on techniques to help men feel more confident around women, as this makes them attractive to women. Things which men are taught to convey include self confidence, connection, intrigue, and attraction among others.