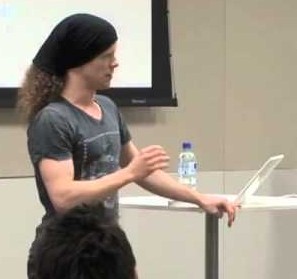 Pick up artists (PUA) or dating coaches have always been a great source of inspiration for those men who desperately want to date the woman of their dreams. When there are so many beautiful and exotic things to explore around, not a single guy would prefer to remain single throughout his life. And Keychain PUA knows it very well. For those who do not know about him, Keychain PUA is one of leading pick up artists of the present time. In fact, he was voted as the 3 rd best pick up artist of the year 2009. And he is still counted among the top 10 PUA around the world.

It is interesting and rather important to know that Keychain started his journey in this field as a student. So, it clearly hints toward his dedication and honest approach that helped him to become one of the leading dating coaches in the US. He has rightly proved the fact that when you follow the art of the pickup then it can completely change your lifestyle into a much better one, but only when you follow it with the right kind of mindset.

Keychain started his journey as a PUA in the year 2008; it was the time when he attended his first project: Rockstar. The prime aim of this project was to select a group of men from a huge pool of applicants and put them into a 2-month intensive training program. During the project, Keychain wrote a blog (Adventures of Keychain) about his pickup experience. And guess what? The blog became an instant hit! This was his first step towards the ladder of success and popularity in the arena of dating.

Keychain’s transformation from student to a skilled pick up artist started during the summer of 2008. By the end of the summer, he became so skilled that he chose to offer free one on one training sessions to other guys just like him. Though it is true that just one night of success does not make anyone a prodigy, but for Keychain it wasn’t about a day of success or two. He continued his journey in the road of success and rose above the average ones when he was chosen as an instructor for Love Systems. By the end of 2009, he had turned himself into a highly skilled analyst in the dating industry. Since then, Keychain PUA became a brand name in the world of pick up artists.

Even after being on the top, Keychain continued to gather more and more experience and using the same experience to teach men how to make their life more successful by sharpening their social skills. He always put more emphasis on improving ones social skills and the know-how of conversation. Keychain knows it extremely well how to woo women in minutes. Overcoming Physical Obstacles, Rapid Escalation, and Beyond Words are some of his several products to look for.