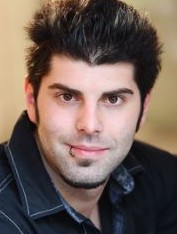 Jonathan Lee, or Sinn, born February 1st, 1981, being one of the first students of Mystery’s and instructor for Mystery Method, in 2008 starts his own company named Sinns of Attraction. The company is located in Los Angles and is specialized in his own developed “natural” techniques. Today a famous dating coach and a published author, Sinn was made fun of as a teenager because of his often and unpleasant failures with the opposite sex. He even hit the deepest low when he tried to commit a suicide because of his unattractiveness to women.

He is now well known for his Day Game, being forced to learn because at his beginnings he was under-aged and couldn’t go out in nightclubs and bars, which led to the development of the Day Game seminar for Mystery Method. Going out five nights of the week and reading most of the dating literature, evolutionary theory, books on masculinity, social psychology, feminist literature and other disciplines, he used some of the most “natural” ones, testing them in real life situations. Jonathan Lee’s own unique system is the “natural attraction” developed after many years of practice, allowing people to seduce the opposite sex by being themselves. As he would admit, after the research and reading, he got laid much more often. He works with men teaching them how to develop or enhance their skills being them natural selves and how to make women comfortable around you – comfortable enough to make them feel sexual towards you. Sinn was an instructor for many today known dating coaches, who went to work in Love Systems and other well-established companies.

Jonathan Lee’s advises had proved productive many times! Some of his books and other products include: “Destination: Girlfriend Coaching Program”, You”, “Secrets of 5 Minutes Chemistry”, “Beyond Seduction: 3 Days to Mastering “Breakthrough Comfort Formula”, “How To Get Girls To Chase Confidence and Techniques With Women”, “Flake Elimination Toolkit”, “The Seduction Roadmap”, “Conversation Master Class”, “The Social Training Camp”, “Advanced Strategies For Sexualized Comfort”, “Sinn’s Inner Circle”, “Interview Series Vol. 1 Approaching and Transitioning”, “The Complete Day Game From A to Z Mastery Program”, “Interview Series Bundle Pack 1 and 2” and a lot more. He has many workshops, boot camps and training courses, helping many lonely men to seduce the women of their dreams, just by being themselves. He has notable appearances on many television programs and interviews in magazines. He works extensively on his company’s DVD courses and training releases. Sinn was ranked as No.1 Pickup Artist in The World by TSB Magazine.