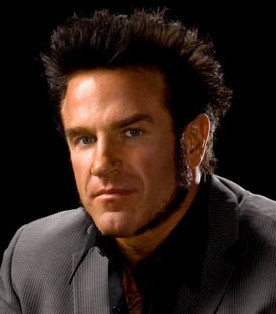 Also known as Rasputin, his real name is Eric Von Sydow. He is a pick up artist and a hypnotist, and has his own company Hypnotica Inc. in the USA. Most of his approaches are based upon the techniques of one’s “inner game”. He points out that nearly 97% of the male population cannot feel their inner potential and this is directly connected to the self-limitations and behaviors imposed by the society. This kind of a mindset can result in suppressing one’s personality, degenerating the personality development and displaying insecurity when it comes to interaction with the opposite sex.

Hypnotica helps man to filter and neutralize their negative energy, and to release their true potential. He connects all the aspects of one man’s life to his relationship with women, saying that due to unsuccessful relating with women, one man’s work will suffer, this way influencing his confidence for success in life. His theory is that if women sense stacking of negative energy or be around a man with low level of self-confidence because of his constant self-limitation, they would run away fast. Accordingly, the new opportunities offered in life will suffer the same way. It takes a man, who is comfortable with himself to succeed.

In his long career of nearly 20 years, the “Inner Game Guru”, as he has been labeled, he is a well established and published author. Some of his books include: “Awakening Dominant Male Attitudes”, “Metamorphosis”, The Sphinx of Imagination”, “Ho’oponopono“, “Metawhore”, “The Attractivator”, “The Collection of Confidence”, “The Attractor Factor”, “The Yoga Nidra” and others. Big part of his popularity he owes to Neill Strauss, for being featured in his product, “The Game”. Also, he appeared in many programs as a pick up artist (Hypnotica PUA).