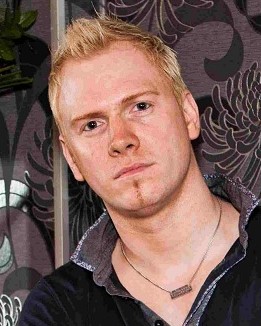 Beckster is a renowned dating coach from the UK where he has worked in this field since the year 2005. In the beginning, he worked with PUA Training exclusively. Today, he is a freelance dating coach and provides dating services to many of the largest UK companies including Kezia Noble. His real name is Robert Beck, born on October 15, 1980 in the UK where he was raised. He owns and runs Club promotion business called ‘Lush Parties’.

Beckster has become one the world’s most successful and respected dating coach and pick-up artist. He was the first pick-up artist from the UK and has since then become the lead instructor for all the major UK pick-up artist training companies including London’s very first school. This said, Beckster prefers to be called a dating coach.

He bases his coaching in something in he calls Super-Natural. Beckster has developed and practiced this style in his own over the last 15 years. He gives you back the awareness of an ability that most people seem to forget that they posses. This is the ability to choose the person with whom you can potential spend the rest of your lives together.

He has been at the forefront of UK’s dating industry for 15 years now. He has trained many of the best known of UK dating coaches. Beckster has also been involved both as a collaborator to the most famous worldwide contemporaries including Neil Strauss (write of the “The Game”), Ross Jeffries (inventor of Speed Seduction) and Mystery (star of VH1’s ‘The Pick-Up Artist). Beckster has become a dating coach legend based on the way he is being sought out by those already ‘in the know’ who wants to reach the next level, and by those already established but want to find out how good they are.

Beckster has appeared countless times in dating seminars and has also been featured on radio shows around the world even in far places such as Scandinavia. This shows he is a figurehead in the dating coach industry. His works have been published in magazines, seen on TV stations and heard on radio. You will find his works in publications as varied as Metro, The Sunday Times, and FHM. On TV stations, his works have been featured in MTV3, and Canal+. He played a role in the production of the documentary ‘The Rules of Seduction’ and is set to appear in Primetime US TV in the coming National Geographic Documentary ‘How Sex Works’.