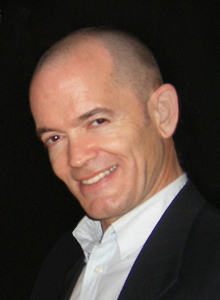 Being one of the pioneer dating coaches to offer sexual skills advice, David Shade (born 1970), is vastly called the “America’s Renegade Sex Expert” who was courageous enough to leave the boundaries of conventional wisdom and explore even further. He inevitably has improved the sexual life of many clients and couples, thriving to achieve more. He is famous for using his quite unique techniques, among which is the “deep spot” technique and the method where he uses hypnosis with women during sex resulting in giving them multiple orgasms. His main principle is that the human sexuality is deeply based in the reality, and not the society itself. His methods lean on the more animalistic side of the human nature, and not what is considered to be “appropriate”.

David Shade’s successful story starts in 1992, when he found himself divorced and alone, so at that point he decided to go through some in-depth research and try to figure out how things work best, simply because he wanted to become a better lover. During his journey, he read all the books on the topic that he could find in the bookstores, but none of which was any helpful. After a lot of observing, he noticed that the answer was hidden somewhere between the patterns of bedroom behavior of the “bad boys” and the “good boys”, and basically, by combining the effective things of both, adding in the knowledge about the women sexuality and fantasies, David Shade found his solution. In the mid 90’s he got onto the Internet, learning some of the best psychological theories and tools from unconventional psychologists. With his additional knowledge from the research, the results were amazing;

Women were having orgasms harder than ever, lasting for hours.

He simply started writing about the things he had concluded while he “experimented”. David put all of his writings in one cohesive book named “David Shade’s Manual”, a powerful book that soon after its publishing became a cult, a product that was “a must have”. His books include:, “Think off”, “The Art of Sexy Dirty Talk”, “Bring Out Her Inner Animal”, “Give Women Wild Screaming Orgasms”, “The Secrets of Female Sexuality”, “Sexual Power And Influence”, “Give Women Hot Phone Sex”, “Advanced Sexual Hypnosis”, “Cure Nice Guy”, “Select Women Wisely” and “The Deep Spot”.

The intrigue about David Shade is that he doesn’t own any degrees in psychology, human sexuality or even gynecology; his degrees are in engineering! His secret lies in the fact that, unlike the others experts in the field, decided to step away from the conventional way of learning about a certain subject, and went on to explore the possibilities on his own, pushing further and further. Today, a lot of gynecologists are his clients! Now he has dedicated his career to help men how to give their women screaming, fainting orgasms, and teaching couples how to fully explore their sexuality and strengthen their relationships. Concerning his media appearance, David Shade has been a guest on a lot of radio shows among which is the Playboy Satellite Radio. Also, he has been a guest speaker at a lot of relationship and sexuality conferences and events. His interviews had been used by many acknowledged experts, and noteworthy, he was featured in David DeAngelo programs. Among his accomplishments stands his writing for OUI and Men’s Health magazines. David Shade’s fee is astonishing $500 an hour for advice and consulting – apparently quite effective.