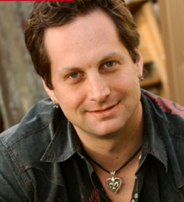 Nick Savoy is a Canadian businessman, author, and dating coach. He is the founder and program leader of Love Systems. Savoy personally enrolled and trained most of today world’s top dating coaches. He is also the author of Magic Bullets Handbook, a comprehensive detail on dating and seduction for men. He develops many dating and pick up concepts regarded as to have wisdom, starting with the “Triad Mode” to “how to get a threesome” among others. Savoy was born in 1974 in St John’s Canada. He studied at McGill University in Montreal where he graduated with honors in B.A. He continued to study for an MBA at Wharton School of Business of the University of Pennsylvania.

Savoy has appeared in Neil Strauss’ “The Game”, which is The New York best-selling book on seduction. Before joining the seduction community in 2003, he was unsuccessful in dating women. He says before becoming a pick-up artist, he had broken up with his girlfriend. That’s when he decided to move to New York City where he joined the dating coach community. He bases his dating coaching skills on a series of trial and error experiences he has had with women before from which he has come up with a successful system for dating.

In 2004, Savoy and Mystery together formed the Mystery Method Corporation where they both were instructors. The company is now called Love Systems. It was the first company to have in field training where Nick Savoy and Mystery trained men on how to attract and seduce women in bars and clubs. In 2008, Savoy was featured on a Fox News broadcast where he was interviewed on his method of coaching men how to date women. In the show, Savoy teaches men on various methods they can use to become successful dating women, emphasizing on the need for men to have the confidence to talk to women. Fresno State professor and psychologist concluded after the show that the coaching method on dating used by Savoy is based on biological and psychological mating principles.

He also appeared in another TV show, Dr. Phil episode, “Women Beware”, in April 2008, where he highlighted some of the seduction techniques taught by Love Systems. Savoy also highlights basic insight of what occurs in a closed-door dating seminar, what happens when candidates go out to apply the learned skills and how effective the learned skills really are when applied in real life. In August 2008, he appeared on Spike TV, where he provided dating advice for men. On July 17, 2009, he was on Tyra Banks Show with Nick Braddock on an episode, “The Secret Code of Men”. In the show, the two dating gurus show men how to gain their confidence and use it to approach any woman they want convince her to they deserve their date. Savoy has produced several genius works on pick-up artistry including video posts, books and blogs.