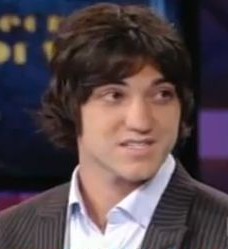 Nick Braddock is one among the leading Pick up Artists of the young generation. Braddock has a good experience in this field since his college days as he used to work really hard to get those girls whom he liked the most, eventually he has gained a lot of success in the young age itself. As he faced a number of treacherous relationships he knew how difficult it is to meet up girls in the social environment. However, his discomfort was the reason that took him directly to seduction community. Whatever has happened in his life is now just a history.

The story of Braddock is full of remarkable dedication and determination. He was very popular in his hometown and liked by everyone, and he was an athletic too. He had an assumption that gaining success would be very easy with women. After he moved from his home town Bible belt America to a University, he lost his significance, his charm and his value. His authenticity was traumatized since he entered the campus, moreover he had a struggling time in the first two years while interacting and meeting with girls. Nevertheless, Braddock wanted to find a new way and he knew he will get it. This was his “never say die” attitude.

He started getting around with more and more people and slowly built a big social circle around him. After many months of pain and frustrating life, he finally formed The Game and community. He started jumping over many kinds of theories until he discovered Love Systems. A book named Magic Bullets helped him a lot; he started dedicating his life to the ideas that were mentioned in the book. Presently, he recommends his folks to read the latest version of this book. Intense dedication and firmness in life paved way for a new life in Braddock’s life. Now he knows what to choose, which woman to select, how to enjoy with women and of course teaching others to receive the same.

Nick Braddock is stilling gaining a lot of popularity and success in his life. He has written many books to master the skills of attracting and dating women. Beyond Words (The Art Of Body Language & Physical Escalation) is his most popular book till date, in which he explains the shortcut ways of having fun with girls you like. His book Social circle mastery teaches the techniques to get into a social circle and enhance yourselves. The other popular books of Braddock are The Ultimate Guide to Text & Phone Game, Daytime Dating Never sleep alone and Routines Manual 2.

According to Nick Braddock, logistics play a crucial role in one night stands, and people usually miss this thing. By logistics, he means that a guy should always prepare his plans well in advance regarding how to take a girl to the bed. Therefore, avoid bad logistics when you are out with a girl, as said by Braddock.