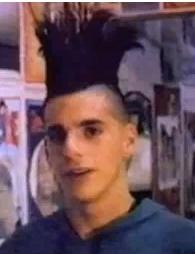 Brad P, he was born on 1st January, 1980, his height is 6.2 inches and he an American. The P in Brad P is for ‘Pulls’, he is one of the most popular pick up artists and always rated top on the Pua Top List across the globe. Brad P is actually famous in the community because of his privacy, techniques, and achievement with the women. He started his PUA career long back in the year 2005 and taught men for almost 8 years about the secrets for winning any hot girl. Brad P is known for instructing many people from all around the world and has also worked with the famous Love Systems.

He kick started his career from the East Coast and expanded in every corner of the country. At first, Brad P used to be a social worker, then he started his career as dating coach and became founded the Underground Dating Seminar. This was his very first venture in the PUA world. He conducted many seminars in Canada and the United States and taught people about the dating secrets that he knew and learned personally. Especially his teaching technique in his seminars made him famous. Brad P’s 30/30 club is a training style where you can learn special and advanced techniques of seduction. This is a program for a year where you will be given CDs, written material, newsletter and many more informative things. You will also have interactions with Brad P and other instructors. You can find many products on Brad P’s website such as eBooks, DVDs, audio volumes, and such other things.

Brad P has joined Love Systems at an interview series named Taking Chances. At Love Systems, he discussed about the ways of having bold interactions with the women and also teaches about the perfect timing for the moves. His tips tell you about the ways to proceed in seductive direction, about managing ego and what to do at the time when planning doesn’t work. According to Brad P, there are four essentials to gain success at mating: dominant, attractive, elite and access to resources. Many people call Brad P a rockstar as he is exceptional to attract beautiful women. Pickup Mansion is the upcoming venture of Brad P, many pick up artists along with the new ones live in a house at Los Angeles learn the art of dating from the expert PUAs.