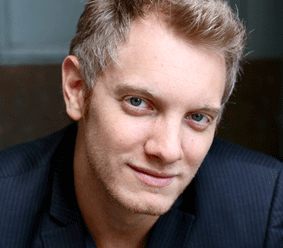 Christian Hudson was born in America on 16th of August, 1978. He placed his foot in the world of PUA at quite an early age. It was during his 20’s when he got inclined towards the world of dating coaches. So, it was quite obvious that he would land up in any PUA company; and, he did. He joined a successful and popular PUA company where he continued his job for 4 years. After quitting from the job, Christian Hudson decided to take a big step in his career, and so he came up as the co-founder of a PUA company, known as Charisma Arts. However, his stint at Charisma Arts did not last long enough. As a result, after Charisma Arts he founded his own company, and named it as The Social Man. It was founded in the year 2008. At this company, Hudson along with his colleagues takes the beginners on bootcamps and helps them learn the ways to get a girl, and that too live! So, he is basically the main instructor.

Some of you might be thinking that what could have propelled Hudson to name his company in the way he did! Quite obviously, it hints towards his inclination to social life and also about his ability to create it easily. Christian Hudson has always put more emphasis on creating or building a good social life. And, this is only possible when you have good knowledge about social skills. This is the particular area where he can help you a lot. At “The Social Man”, Hudson will let you know in detail about the ways through which you can build a powerful and effective social personality. And, he strongly believes that in order to have hot and gorgeous women in your life, it is necessary for you to have a flourishing and good social circle. Though he also believes in the concept of “Game”, but he gives more importance to social personality. This is the reason why you will find that most of the products developed by Hudson talk about rich social life.

After the inception of The Social Man, Christian Hudson worked with Mark Redman. Together they have created a number of successful programs, such as Conquer Your Campus. Not just that, he also released other programs like Hidden Mic Pickups and the Girlfriend Activation System. He has also worked with other successful PUAs like Nick Sparks. Apart from being knowledgeable, smart, and experienced, he is quite fashionable as well. And, he knows it pretty well how to make women go weak on their knees.