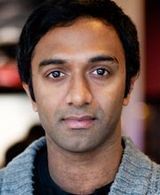 Jeremy was born in 1983 in London, UK. He completed his Bachelors degree from University college of London in Psychology. Initially he was an introvert personality, geek kind, as he confessed himself. He used to work in Marketing & Financial Services Staffing for several years. He once happened to attend a workshop conducted by Love Systems, due to his interest in teachings about Seduction. That was the moment which completely changed both his professional and personal life.

For the past several years, Jeremy Soul has worked as a Dating Coach, where he teaches several men about the various techniques of attracting women. These methods involve less of verbal and more of non-verbal interaction. Honesty, boldness and intrigue are the three major elements that drive his propriety system, which he himself developed to help men understand techniques of attracting their opposite sex. He has been also interviewed by several publishing houses to understand just how exactly he has been so successful in this industry.

Jeremy Soul is currently working as Dating Coach with Love Systems, and is also the creator of the Day Game Workshop. His book “DayTime Dating” is too all set to be released soon! His commitment and integrity towards his work in this field has today established Jeremy as one of the World’s most admired and respected Dating Coaches.

Finding your right partner does not need you to travel places, they are always around you! You just need to identify them and approach them with full confidence!

He has been a key element in the lives of thousands of men and women all across the world with his speeches, workshop products and writings, all of which have been targeted at helping you meet your match. He has helped men of all ages, professions and backgrounds to get back the feel of their masculinity and find an attractive partner. In 2008, Jeremy was also voted as the number 1 dating coach at Love Systems Superconference. His work has also found place in several romance novels and even movies.