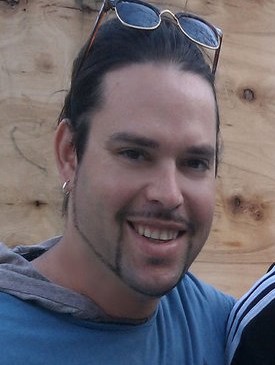 Speer is the name he is known by in his circuit. But very few know or realize that his real name is actually Sal Peer. Speer PUA is today recognized worldwide as a highly successful Dating coach. He also was the brain that founded the Global Pickup Conference. His ways of approaching women has got his technique the name “Speer Method”. Speer excels in tricks of attraction and social dynamics. He has also worked with several other PUA’s many times, and is highly acknowledged in media world with brands such as Cosmopolitan, Hustler, Sirius and Playboy already featuring the interview with him. He had come up with the idea of becoming a dating coach immediately after he had graduated. Unfortunately, in his early days, almost every woman he approached rejected him, which made him think upon his methods of persuasion.

He currently works and travels around with Pick Up Artist Academy as a Dating coach which is home to several other PUAs too, Speer being one of the best they have. Speer also writes weekly articles for a newsletter that is distributed among more than 80,000 subscribers. This is yet another proof of just how much his advice is considered as significant. Speer’s brainchild, Global Pickup Conference, is the largest men’s dating conference in the world today. Speer has an account on almost every social networking website where he also interacts with his fans at times. Damage Control, Calibration, Building Compliance, Escalation are few of the best lessons that are being taught by Speer. His most popular titles that he wrote include “Open Like a Master”, “Rudiments”, and “Infield Glimpse”

The difference in the Speer Method involves giving a sense of fashion about you and maintaining a striking lifestyle. The next steps involve converting these aspects into a natural form of yours, and then work over a woman with your instincts. If you are really energetic, smile a lot and can talk sense, you have made your point! Speer emphasizes here that even if something has gone wrong, and you still intend to make it work, NEVER back off! Speer’s method of Damage control comes into play here. With the right blend of positive waves and few good lines, you can again gain what ground you had lost and win over your girl. As Speer says himself that you should never give up.

When you give someone else value, it is almost a social faux pas if they don’t give you social value back.

His work and his abilities have also got him rated as among the top 10 PUAs in the world today by several magazines and institutions. Even though he works for Pick Up Artist Academy, Speer has his own team of dating coaches that teach people his Speer method of wooing opposite sex. By taking his advice, you certainly would be in good hands to become successful in your relationships.