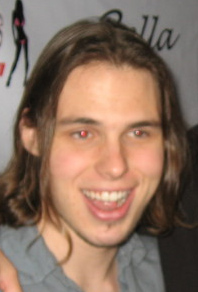 Sebastian Drake used to be a professional poker player before he became a dating coach. He operated under the commercial alias name Dimitri during his times in the “The Approach” company. He is one of the co- founders of The Approach, a company dedicated to teaching men advanced social and dating skills. Sebastian was born on March 01, 1978 and he is a United States citizen. The Approach first offered training courses in social science including a lecture component teaching social science, and an “in-field” component where men would go out into the real world to practice. Blending social science with his background as a writer and poet, Sebastian helped men use language to create powerful, unique, distinct images.

Drake taught men a general “entertainment” style of dating that focused on learning how to be a good communicator to women, learning “routines” and “routine stacks”, with more rigorous and scientific basis to the training. In December 2008, dating training courses began to wind down and at one time The Approach site went into maintenance. The site has been transformed from being a training base to a knowledge base of dating science developed over the past 5 years.

Sebastian taught men a style of social interaction that’s built on their natural personality, so they don’t have to sell who they are or what they believe in. He brought in high quality instruction and social science to create a style of socializing where men are taught to create an interaction that women enjoy. He taught conversational skills that bring success to a man when approaching a woman. He emphasized on the need of conversation running smoothly. Sebastian believes that in order to attract a woman and date successfully, a man needs to watch how he acts, and coin his image to be of high value, high status man. He teaches men how to keep a woman grounded so that she knows you are the real deal.

When you have attracted a woman, you need to have the logistical and technical skills necessary to advance interactions. You need to know how to get her phone number, how to date her in night clubs and bars, and how to successfully invite her to your home. These are some of the things Sebastian Drake taught as a dating coach. He has wide knowledge of social skills and interactions from which he helps men build on the kind of relationship they want with women. He teaches the fundamentals of interaction that helps men have success in meeting women from anywhere be it supermarkets, nightclubs, bars, bookstores or malls.

Sebastian continues to contribute dating coaching content in the internet in websites such as TSB-Magazine. Sebastian new program is called Master The Vibe, which he uses to help men around the world become the best they can be when dating women. The program is very innovative, delivering real-life examples of men approaching women, analyzing each of the moves to show the ones that were effective in each respective scenario and why it worked. Master The Vibe uses visual approach to learning pickup and attraction principals to help men master the game of dating.