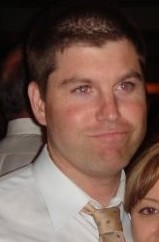 Bobby Rio is the founder of TSB magazine, which is the leading men’s website for dating and lifestyle advice. Bobby Rio is his real name as well commercial alias name. He is an American national born on January 01, 2011. He likes to call himself a dating author and pick-up artist. His other affiliated dating product is Make Small Talk Sexy, based in New Jersey, United States, which he founded on October 31, 2009. TSB magazine is very popular among men who are looking to improve their dating game with women.

In his dating services Bobby Rio helps men learn the tricks in flirting, attracting women and in improving their whole social life. He is credited for his works that helps shy or boring men become funny, playful and flirtatious with women. He believes most men are simply lost when it comes to using their communication with women effectively. That is why 75% of his coaching revolves around how to communicate with women, be it verbal or through text. The issues he covers in this area include flirting, how often to get in touch with a woman, what kind of words to use and so on.

Bobby Rio believes one word can make or break your chances of getting a woman out on a date. In his new report, he talks on the topic of ‘small talk’, where he gives it an entirely new perspective in the world of dating and relationships. Bobby provides readers with ideas of how to turn a dull conversation into something deemed sexy. The report is focused on the idea that when men and women communicate as potential romantic interests, their conversation should contain flirtatious and sexual elements. Otherwise, either party risks going into the “friend zone” conversation.

Bobby advices dating men that at some point when talking to women with whom they have interest to date, at some point men need to “break rapport”. This is in contrast to the usual dating guru rapport that says you need to create more rapport. According to Bobby, most men confuse rapport with attraction. He believes they aren’t the same in the sense that when you create too much rapport, the woman starts feeling too comfortable around you and thus the sexual tension plummets.

Bobby advises that for men to up their dating game with women, they should know how to spin even mundane conversations topics into something that is more fun, flirtatious, and sexy.