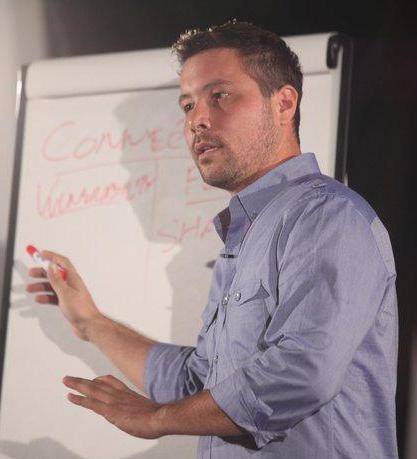 Steve Mayeda aka El Topo is a popular dating coach and owns TheRedMole.com. He is associated with a number of programs that aim at changing the lives of men by teaching them techniques that will lure any women. His infectious personality and a charismatic attitude have set him apart.

Initially, Steve Mayeda started as a photographer and also had a keen interest in playing music. He loved travelling and overall had a life full of fun. But the word ‘excitement’ was missing somewhere as he lacked the confidence in dealing with relationships. Though there was nothing missing but he felt there was a lacuna somewhere in his life. This is when the transformation phase began when Steve started to delve into books and scoured the internet to become what he is today. He started his training under the Pick Up Artists where he learned a lot but in the process he realized that the training was not complete in all the aspects. So, he started began working on himself, interacted with women and became social. Today, he coaches men and aims at improving their lives. With a good company of instructors, he has a diverse clientele and thus offers quality service.

He did not just want attention from women, he wanted relationships with them. He speaks about a variety of topics, including his time spent with other dating coaches and famous pick up artists- including Sinn and Captain Jack. Steve Mayeda’s program „The Red Stack“ is a written document that gives a person from exactly what to say when he approaches a girl to building deep rapport. It is not the ordinary thing about the dating world, it is based completely on new techniques invented by El Topo. The Red Stack is something that is very complex and is a big commitment. They usually cover about 60-90 minutes of personalized material. The program is very good organized and it takes practice and there is plenty of room for growth. He says that whatever a man is looking for better dates, intimate relationships or you just flat out want to have the sexual experiences, that he thinks are impossible, The Sexual Life will lead him to self-knowledge, better life and complete liberation.