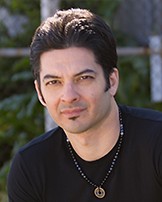 Carlos Xuma is a dating author and coach (as some would call him, a “pick up artist”) born on May the 1st, 1974. He is considered to be one of the first and most important coaches in the field of dating, whose main goal is to point towards improving oneself and his overall lifestyle. He gives advice on how to feel comfortable in showing your own masculinity and boost up your self-confidence, in order to achieve larger success in dating and relationships with women.

His doctrine lies in the suppressed masculinity of a man when he was a young boy. All problems, as Xuma would explain, arise from that period, when the society itself had a large part in teaching young boys what was considered to be “socially accepted”, as opposed to the natural urges. His way of solving the problems starts by focusing vastly on one’s self-confidence, which is directly connected to one’s self-esteem as an individual, this way projecting one’s self-image. Carlos Xuma includes three more factors that are responsible for the attraction of men for the opposite sex: 1. Humor 2. Confidence 3. Discipline.

His philosophy is that a mature, self-confident adult is never seeking for approval by others. That adult is always secure enough to stand out in the crowd behind his opinion, even if he stands alone. Most of all, by showing certain initiative, the man displays a dimension of power and ambition in the women’s perception. Carlos Xuma background shows his experience in management and sales. He is a passionate martial arts practitioner, in which he obtained a black belt. His career as a dating coach triggers from the fact that he was very successful with women from a very early age, and he wasn’t sure what aspect was responsible for his success. He decided to do a research on the topic, reading some of the most popular literature regarding the dating success, along with some of the most unconventional thoughts and directions in the field. After learning very little from the research found in the books, he decided to start experimenting with his own life. Even after a long and devoted observing of the secure men behavior, combined with his own experiments, he was able to form few theories that seemed accurate.

Carlos Xuma is a published author, some of his products are: “Alpha Conversation and Persuasion”, “Supreme Self Confidence with Women”, “Virtuosity”, “The Alpha Rules”, “Instant Approaching Secrets”, How to be Irresistible to Women Mastery Series”, “The Alpha Lifestyle Program”, “How to Get a Girlfriend Fast”, “Power Social Skills”, “Badass Body language”, How to Talk to Women Program”, “Approach Women Now”, “How to Approach and Flirt with Women”, “The Online Mentorship Program” and many others. Carlos Xuma made his appearance in the Playboy Magazine and Playboy Radio, on CBS Television, World Talk Radio, Maxim Magazine and Maxim Radio, David DeAngelo Dating Gurus, Summum Magazine, Neil Strauss’ Stylelife and The Allen Handleman “Rock Talk” Radio Show. programs include: “The Seduction Method”,