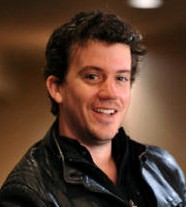 [fimage] Tenmagnet is one of the LoveSystems’ lead instructors and was one of the members of the “Secret Underground Society of Pickup Artists” described in “The Game” by Neil Strauss. Ten magnet’s real name is Chris Shepherd, born on December 14, 1976, a Canadian national. He currently lives in Vancouver, British Columbia. He says before getting involved in the pickup artist community, he was never at ease talking to strangers. During his high school days, he looked himself as an outcast. Things started to get better after he joined college in Toronto, that’s when he realized he needed to change to adapt to big city life. He realized that people in the city were more able to just chat with others and relate easily, and that’s what he had been looking for.

During his times in the University in Toronto, he worked on changing his attitudes and beliefs to make himself more outgoing. His situation with women was even worse, by the age of 20 he still didn’t have a girlfriend. He only got his first girlfriend at the age of 21. He wanted to be like other men who had many girlfriends. He searched the internet for why women like bad boys and other dating related questions. This shaped beginning of his involved in the pick up artist community. He found a website from the search results that indicated there was a community of guys going out, practicing pick up techniques, sharing them and giving advice to each other. He got an idea from this website and started meeting with other men who shared the same interest as him of knowing the science of dating and pickup. He was fortunate as he was living in Toronto, the hoe of many pickup artists, so it didn’t take long before he got company.

He started working with Mystery, Extramask, Tyler Durden (Owen Cook) and Toecutter among others who are mentioned in Neil Strauss’s book “The Game”. He consistently went out and practiced every week with these artists and others. Many of his wing men later left for “Project Hollywood”. He stayed to finish his studies and continued to practice and develop his dating skills. When dating companies started to appear, he was invited to help out on various boot camps. He taught many times as an instructor at Mystery Method Corp’s bootcamps from early 2006. He is thus one of the longest running and most senior instructor at Mystery Method now LoveSystems. He left and found this most successful dating coaching company.

Even though Tenmagnet is based in Montreal, he teaches dating classes all around the world. London, Sydney, Munich, Amsterdam, Los Angeles, Tokyo, New York, Prague, Vancouver… . Tenmagnet dating coaching philosophy is

being good at social interactions is a skill

you need to develop and appreciate it. He says you need to have the proper knowledge and effort applied over time to learn this skill.