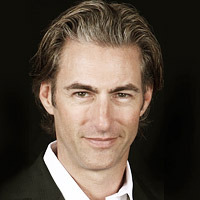 Brent Smith is the founder of Absolute Power Dating and is known as one of the successful coaches in dating and lifestyle. He is also a life coach, author and speaker skilled in self-development, lifestyle and relationships. He is internationally credited as one of the most successful coaches in dating. Brent Smith is among a group of dating coaches inspired by David DeAngelo’s dating system where he appeared at David DeAngelo’s seminars and interview series. Brent is an American national, born on March 12, 1989. His company “Brent Smith Lifestyle” focuses at coaching men how to improve their overall lifestyle with the focus of woman and dating.

Brent has successfully organized bootcamps in luxurious places like 5-star hotels and Hollywood parties. Looking back at his background, he was not always successful with women, suffering from the same desperation and anxiety most men experience early in their life. He felt rejected for a long time as he tried to approach and attract women through the usual pickup styles. That is when he tried thinking if there was a better way of approaching, attracting and dating women. Along the way he discovered his philosophy that women are attracted by a man’s lifestyle.

When you show a woman that your life is cool, exciting and fun; she gets easily attracted to you.

Based on this, he came up with the idea of transforming men’s lifestyle into that one that attracts women naturally. He says his method of transforming men’s lifestyle to attract beautiful women is a process that should be practiced over time and continues to evolve. Brent Smith has helped thousands of clients around the world over the years, advising them to adapt his lifestyle transformation teaching in order to naturally attract the best out of life including attracting women. His theme goes like this:

Brent Smith entered the world of dating coaching after reading David DeAngelo’s book, “Double Your Dating” and appearing in David DeAngelo’s seminars. He has perfected his skills to become successful even coaching some of the richest people in the world. Before becoming a dating coach, he worked in a sales management positions in various companies. Since entering the world of dating coaching, he has spent many years in the world socialite scene, had thousands of social interactions with people from all over the world, and hosted numerous parties and coaches men through his real-life experiences. When the dating community is asked for opinion about Brent Smith, they say he really cares about client’s progress and is goal driven. He also has done some amazing jobs with various clients. He has a website called Brentsmithlifestyle where he features blogs and videos about his various coaching. In one of the video blogs featured on the site he talks about how to get happy. He says from this topic posting that people can choose to be happy whenever they want instead of thinking that they can only be happy after acquiring something which beyond their reach. He says happiness is a choice one can choose anytime he wants. He ends the discussion by saying that doesn’t mean you should not strive for more in your life.