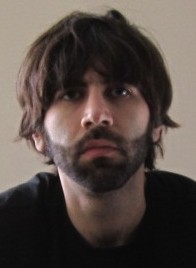 [fimage] Roosh V started dating coaching in 2006. He is based in the United States and has written many works in the dating industry besides providing coaching to clients. He was born in June 14, 1979 and hails from Maryland state. He has a degree in Microbiology and during his College days, he started blogging in his own blog “DC Bachelor”, which shaped his path to becoming A Pick up artist. The blog was just about random thoughts on his different dating experiences, which turned out teaching men how to approach women. The blogging grew so large that he produced a book from it. Roosh first publication “Bang” was published after he spent half year in South America then came back to the US before going back to South America for one more year. His experienced while staying in South America inspired him to write his third book “Bang Columbia”.

Roosh has reinvented his Bang releases into a full program that includes publications of “Day Bang” among others. Roosh coaching style involves teachings about overcoming international barriers in dating from which he has build a whole series of travel guides as well. Since the success of his Bang releases, his travel guides have been broadcasted in most European TV and radio stations. His European publication “Bang Iceland” became quite successful and expects “Don’t Bang Denmark” to also perform well.

Roosh V has received spotlight in many American publications including receiving reviews in Huffington post. His popular and successful pick up teachings includes “30 Bangs “, “Day Bang “, and “The 9 Immutable Laws of Pickup”. Even though Roosh has got all this success, he still does not see himself as a pick up artist, but says his fans can call him that if they wish.

In one his books” Bang—More Lays in 60 Days”, he teaches men how the tricks of approaching women to have sex without having to wait for long. On the other hand, he advice men to try to meet women in lots of different scenarios such as on the streets, coffee shops, and shopping malls but not to only rely on bars and night clubs. He looks at the overall picture in approaching women but not only on sex.

Roosh travel guides are about teaching men on how to hook up with girls in other countries. He advices men on their chance of hooking up with girls based on his rating on different cities he has visited around the world. He gives specific information for each city on what to do during the day, where to sleep, and what spots to hang out at night. He also profiles girls of different countries.