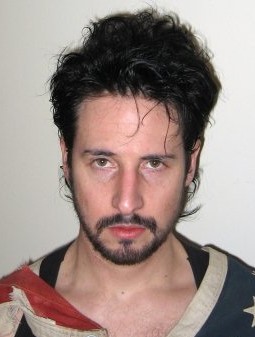 [fimage] Allen was born in San Francisco, where he has spent most of his life, on February 28, 1974. Prior to joining Real Social Dynamics, he worked as a member of a hotel management team and attended San Francisco State University, studying English literature. After finishing his studies, he was employed as an editor for a Real Social Dynamics E-course; tasked with writing articles on pickup lines, seduction, and travel. Professionally, Allen goes by the pseudonym of Jeffy, and originally used ‘JLaix’ as a commercial alias.

In 2001, Jeffy appeared under the name JLaix on a pickup artist forum where he made a name for himself with his humor and dedication of learning the art of seduction. Jeffy’s collaboration with Tyler Durden and Papa begun with their visit to San Francisco in 2002, where the RSD founders met with him for the first time. Jeffy has the distinction of being the first of the original RSD team members to have worked for Tyler and Papa. Later, whilst working part time for RSD, he gained popularity in the pickup community for his work “Threesomes”, in which his girlfriend ‘Chess Club’ who would assist him in seducing women.

Jeffy worked on bootcamps in America and Europe, and trained Ozzie, who later became a senior member of the RSD team. He has continued his work in procuring threesomes and has since become an expert in this niche. Jeffy’s ability to captivate an audience is largely a product of his years as an amateur singer and comedian at various San Francisco nightclubs. As an Executive coach for RSD, Jeffy has been successful to the extent that he has been encouraged to feature in his own television show or movie.

Jeffy’s previous clients have attested that he has a talent for rapidly identifying one’s weaknesses and the most suitable paths to correcting them. He is credited with a talent for empathy and is said to design bootcamps so as to ensure every client’s growth. Jeffy’s ultimate goal is to change his clients into a clearly focused and natural force in the dating game.