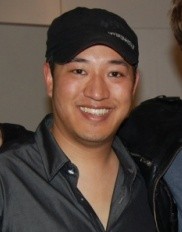 These days, almost everybody who wants to improve his dating-life is seeking help from a PUA or pickup artists, as they are known for their great body language, excellent communication skills, and charm that simply drives women crazy. Though there has been a significant upsurge in the number of pickup artists in the recent years, but some of them have really made big in this field, Nick Kho also known as Papa, is one of them.

Papa grew up in the state capital of California, i.e. Sacramento. Working out, driving his BMW, reading, and skiing are some of his favorite hobbies. Nick Kho started his journey in the field of pick up artists as one of Mystery’s students. Through Mystery he learnt various techniques, which definitely helped him to achieve more success as a pickup artist. Papa’s immense ability as a PUA came into the light when he managed to obtain contact number of Paris Hilton after impressing and seducing her with effective techniques he learned during his early days. So, it clearly hints towards the fact that Papa or Nick Kho has always been a keen learner and observer of minute things.

It is essential to mention that Nick Kho has always been close to Tyler Durden, and their partnership flourished to form a new PUA company, known as Real Social Dynamics. Yes, Tyler Durden and Nick Kho (Papa) are the founders of Real Social Dynamics that has become quite popular in the world of Seduction Community. Till now, it has usually been seen that Nick Kho manages the company through the backend; on the other hand, Tyler Durden performs the role of the spokesperson for Real Social Dynamics. To be more specific, Nick Kho teaches his students about the various techniques related to PUA and how to use them more effectively. No doubt, he is completely utilizing his knowledge base which he built during his learning days at the University of Wisconsin, in Madison. From there he completed his Master’s Degree in Business.

Apart from being a key figure in the world of PUA, Nick Kho is also quite famous for having immense knowledge about how to organize parties and manage elite social circles. Nick Kho started to gain experience right from the age of 12 when he performed the job of handing our leaflet for rock concerts. Through this job he got a chance to know several popular musicians and hardcore party-goers In short, he had always loved backstage mingling and hanging out with other high class people. Once organizing a party at his mansion in the Hollywood Hills, Papa texted around 400 girls he knew, and surprisingly, more than 10 percent of them that is around 50 girls showed up at the party. So, it certainly proves his ability as a successful party organizer.