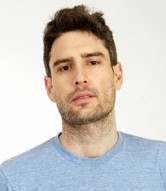 Paul Anton Janka, popularly known as Paul Janka was born on 1 st of June, 1975. He is an American and is currently working as a PUA instructor or dating coach. This 37 year old man is an actor, writer and an entrepreneur too. Paul is a graduate with a Physics degree from Harvard University. He has a great experience in the field of seduction and pick up. Paul Janka had many serious relationships in his past, and he spent much effort as well as time in enhancing his techniques to attract beautiful women and sleep with them.

The approach system of Paul is very direct and he is quick in whatever he does. Paul Janka’s dating advice is always rash, humorous and politically wrong, nevertheless, it has helped so many people across the globe in attracting the women. Paul coaches many people in different places including NYC, California, Miami and Paris as well; furthermore, he was also featured on Fox News, The Today Show and MSNBC. The popularity of Janka started with an eBook of Attraction Code, along with his television show appearances in famous shows like that of Dr. Phil. Many pick up artists have criticized Paul Janka for being dependent on looks, therefore his techniques are inclined mostly in big locations like New York.

He has written many books and the most popular on his list is Attraction Formula, which contains accurate dating techniques. This book was written after researching for 12 years by dating and approaching thousands of women. His other famous book is Secrets to Meeting Women, this is actually an online teaching program According to Paul Janka, a woman has to be judged by her behavior, and not by her looks. By this approach, you can stand out from the rest of the men who are behind the same woman. Moreover, the girl always notices a person who gives special treatment to her, and respects her limits. In addition to this, the character of woman is the factor by which you can know whether you can be happy or not with her. Furthermore, Paul also says that a man has to select one between the two alternatives, one is the convenience and soothe of a dedicated relation; while the other is the fun and improbability of being single. Choosing the latter shall definitely bring uncertainty in life, thereby leading to a frustrated life. Every man sees many girls in his life depending on his desires and work conditions, however learning the art of pick up can be gained by PUAs.