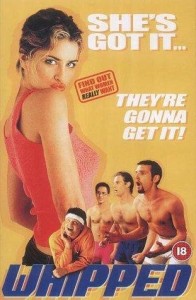 After I watched this movie, I was a little bit sad and didn’t want to add it to the list, because none of the guys are a role model. But one day later I realized many of us men can still benefit from it. The main topic in this movie is something everyone of you has experienced: What happens to a male-friendship if a special girl (not a random sl..) appears and gets into your friends head?

When we are single, we love to say that, “no woman will ever come between our friendship!” this may be true for most girls, but as soon as they meet one who is more of a relationship-material with “wifey qualities”, most guys change. They don’t have much time anymore, they don’t go out every weekend with the boys and finally it’s clear that sweetheart has a much higher priority than the boys. I don’t say every guy is like this, I’m definitely not, because I know how important it is to have friendships and that a woman will never be my first priority.

However this situation where the sweetheart becomes a man’s first priority is called being whipped. Sadly this is the case in most marriages, but there is even a worse scenario: What happens if you and your friends have feelings for the same girl? (the opposite thing happened to me this weekend). Now it’s not about priorities anymore, it’s either your friends or the woman. This is exactly what happens in the movie whipped and even if most of it is made very funny in a comedian style, the keypoint is delivered very realistic. After watching this movie, ask yourself:

How would you and your buddies react in such a situation, honestly?

Mia, played by Amanda Peet is a very pretty woman, she has charisma, a sexual aura, is very confident and absolutely knows how to play the game. If you can gender transform her behavior she could really be used as a role model. I was impressed how she handled the situation, gave every guy the feeling of being important and special to her, controlled the frame and was leading all of the three wanna-be players.