Two And A Half Men 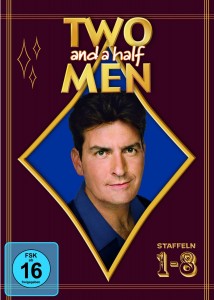 Two And A Half Men on IMDb

Charlie Harper is a jingle composer and a few hits made him very rich. Now he lives the dream of every guy: A luxurious beach-house in malibu, waking up whenever he wants, cause he doesn’t need to work anymore and a never ending supply of young stunning hot woman. His brother Alan, who moved in with his son Jake, is the complete opposite. He works all day but still got no money, his ex wife dumped him and with woman in general he has no luck at all.

What you can learn

In a sarcastic and exaggerated way it shows the two life’s every man is thinking about. At least every man who attracts enough woman wonders if it’s better to be single and enjoy life with different girls, lots of action, no drama and responsibility, or to stick with “the one” marry her and get some kids. All guys dreams of Charlie Harper’s life, but in reality most men today have the life of Alan Harper.

He has very good game. Charlie is funny, playful, charming, charismatic and confident. He doesn’t take life very serious, lives in the moment and acts like a boy who just wants to enjoy life. Charlie is never harsh to any woman, even if he tries to dump them out of the door, in every situation he manages to act politely.

But he has also a few bad traits, besides drinking too much. Charlie is lying whenever there is an opportunity, if he wants to charm a girl or get out of drama, lying is part of his not so serious lifestyle and helps him in a lot of situations. He is not the typical alpha male, you notice that especially when he has a few relationships (like with Chelsea) which last longer than a night. It reveals is soft beta side, he does and say’s nearly everything to avoid drama and please her.