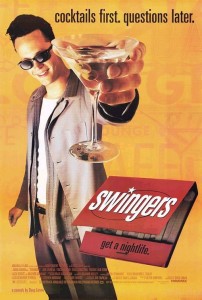 Swingers is a comedy movie about the lifestyle of single, unemployed actors living on the east side of Hollywood, California. Mike, has had a recent breakup with his long-time girlfriend and has trouble moving on. Whereas, his friend Trent is determined to make him get over his girlfriend and bring him back in the game. Trent and his friends coach Mike on the rules of seduction, while he makes several failed attempts at interacting with different women. Later on Mike successfully connects with a new girl, and is finally able to get over his ex-girlfriend.

The movie has a very clear cut message disguised in the shape of humor in it. It teaches a person to get over his past and move on with what is there for him in the future. It also conveys a message that with a good friend by your side, the problems of life can be shared and solved together easily. 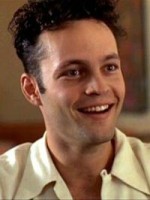 Trent Walker is a tall, handsome guy who can have his way with any girl. He portrays himself as the master of seduction during the whole movie. He is Mike’s closest friend and his teacher in the art of picking up women.

He is a loud mouth, yet charismatic guy who knows how to implement things on others and get his job done. The strange ways, Trent uses, to get in with women often tend to be successful for him. Women are generally attracted to men who are confident while talking to them and this guy has a way with his words when it comes to impressing women. When he sees his friend in distress and need, he makes it his primary goal to get him back on the track. He gives him true relationship advice and encourages him to date other women, to bring a fresh change to his life.

Trent Walker certainly serves as a role model for not only his friend, in the movie, but also for all the audience who have seen it. His self confidence, while confronting women, is a real pleasure to observe. He has a very unique yet effective technique to seduce women. The help of a good wingman is very necessary to score big with your targets. He works as a very useful wingman for his friend to help him out in picking up beautiful women. This character is really a delight to see during the whole movie. Even when confronting highly beautiful women, this guy does not stumble anywhere, and keeps his act going. A hidden aspect of his personality in the movie is that he is very caring and true to his friend. He backs him up in every situation.