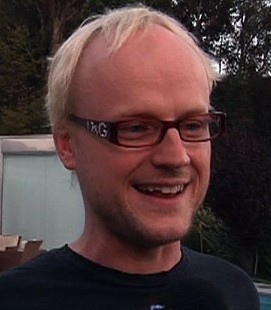 Michal Pospieszalski aka Mehow, started out as a dating coach for Mystery Method (former student of Mystery), and by 2006 he founded his own company in San Diego, California – Mehow Inc. Following his teacher’s example, he also took the liberty to coin few terms and concepts of his own. A group of critics would argue that these are just reused terms and concepts from Mystery’s Venusian Arts.

His game style is, as some would say, slightly metrosexual, a style that can be confusing for some of the men in the group, but it is a great strategy to invoke positive reaction from the ladies. He was one of the first PUA gurus posting PUA videos of himself online. He traveled the world interacting with different women (even approaching 5000), and luring them in bed. After using the methodology he learned in theory, he decided to develop his own based on the experiences he had.

Today, his company is greatly known for its fun routines and most of all, their “pure-kino” technique. Basically, this is a sort of improvisation of strong kinesthetics intended to give rise to the whole process of attraction. As it was previously proven, if you kindly touch someone during a simple conversation, the feeling of bonding grows deeper. He even pushes the theory further, adding the “ass slap routine”, where if you are in a good understanding with a girl, you may slap her behind and the gesture will be received as flirting, giving a certain form of social proof.

His philosophy is simple – build up your self-confidence in order to grow further. He proudly offers methodology by which every man can learn the skill on how to approach and seduce even the most beautiful women. Building up the self-confidence will show results not only in one’s intimate interactions with women, but it will influence one’s life regarding his personal and professional development and overall success in any field.

Some of his and his company’s products include: “Get The Girl! Manual – Nightlife Edition”, “The One (der) System”, “10 Second Sexual Attraction”, “Accelerated Attraction System”, “Infield Insider Vault”, “NSA System”, “Magnetic Smile”, and a lot more books, videos and step-by-step programs. He made countless appearances in the media; on MTV, Current TV, Wealth TV, in Saturday Night Magazine, Cosmopolitan, on the Playboy Radio, on the YoungHolliwood.com cover, on MTV True Life and so forth.