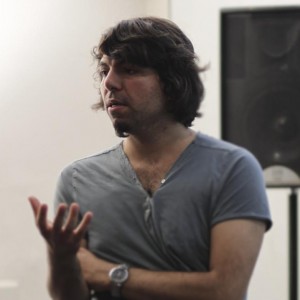 Yad is a dating coach who has made a name for himself by meeting and attracting women during the daytime. This has built him a solid reputation. His approach to dating is known as “Day Game”, where he advises men how to typically meet women on the streets. He goes by the commercial alias name Yad in the dating industry. He was born on March 01, 1984 in the UK where he has lived all his life. He is based in London where he operates as a dating coach. Yad prefers to meet women during the day as he believes this is when you judge their looks better. He also says he finds the more beautiful women accessible during daytime.

When he first started teaching day game skills, Yad has been working as a freelancer and with PUA Training off and on. He released a 10 DVD program showing his live in-field footage of his Day Game approaches to women. Yad teaches men the skills of being able to approach, attract and eventually sleep with any women they want. He talks about how men can meet their daytime girl in real environments like the streets, shopping centers, parks, public stores, coffee shops and any where they think of.

Yad consistently has daily interactions with women on the street to garner the skills of attracting the most beautiful women in the day not in the dark in a bar or somewhere else. He has taught himself this skill, which he teaches to other men. Yad believes most men are afraid of meeting with women in coffee shops, shopping centers, and public transport etc and engage them in conversation that leads to dating. Yad teaches men in harnessing their natural energies, which they already posses but are not tapping into them. For Yad, anything is possible with women of any kind, any where, any time.

His advice focuses on women whom men truly desire and want in their life. Men meet these women in the day during their usual daily activities but are afraid or don’t know how to approach and start a conversation with these women. In a video filmed by a friend in central London, Yad sees a random girl he is interested in, approaches her and starts a conversation. Within minutes, he is kissing her. Yad’s dating teachings is based on such approach.